The Greens made their way to the impressive CH campus on Wednesday for the prearranged 12 aside fixture against the CH 2/3s squad.

The match was shaped to provide the students an opportunity for open expensive running rugby by CH Director of Rugby Ian Davies and Worthing College Lead Rugby Coach Ben Coulson. As the result suggested, they just about hit the mark! The game had some restrictions placed on it in each half to give the players the best experience possible. It was uncontested scrums throughout, the first half there was no kicking outside off the defensive 22m, so everything went through the hands, support and continuity was the name of the game. For the second period U12 laws were applied, so no line outs, just a free pass if the ball went out of play, kicking was allowed, but no fly hacking and the team that had conceded chose if they wanted to receive or take the resulting KO. All of this is fine in principle however in practice it needed willing participants and an excellent practitioner in the middle… Cue former Premiership referee and current premiership TMO David Sainsbury. He called a near perfect game, even with all of the ‘extra’ variations/laws/ideas imposed. David allowed the players to play, he commentated as he went and every single player left the field better for the experience.

To the rugby then. This game the definition of ‘end to end’ with first the Greens then CH crossing for points. With no kicks at goal throughout it kept the tempo of the match high (something the six Greens front row players were cursing at times) and this allowed multi phase open running rugby to occur.

The Greens skipper for the day, Morgan Day was tough to stop going on a number of abrasive, illusive, pacy runs and benefiting to the tune of 3 tries on the day. Hother made an immediate impact following on from his injury lay off and carried well, notching one himself. Debutant Chidamwoyo scored from 50m in the bottom left corner which is where Sbuttoni grabbed his second before coming off injured. Mason was a standout at 9, new to the position but looking like he’d been playing there for years. His service was accurate from the breakdown and he was able to get the team moving just as soon as his heart and lungs allowed him to arrive on the scene such was the pace of the game. Lean was a threat with the ball and crossed himself for a score. Cade was also a huge threat at 10, linking play, attacking the defenders breaking free for a great score of his own.

Obviously with the score as it was defences were not always on top but that doesn’t mean heroic efforts were not on show! Both teams ran, carried, tackled, rucked ferociously and as such it was an excellent contest. 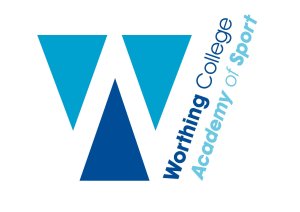 ‪One of our esteemed @WorthingCollege @sportworthingcollege 🏉 Alumni 👨‍🎓 Johnny Owen is fundraising to travel to 🇫🇯 to complete some coaching work to young children. Please visit his @gofundme page & anything you can give would be amazing 🙌 https://www.gofundme.com/f/tv66m-get-me-to-fiji?utm_medium=sms&utm_source=customer&utm_campaign=p_na+share-sheet&rcid=35508cd40c23404faf5c6f7553689d4f #aboveandbeyond #proud‬
A brilliant day for @worthingcollegenetball winning the Regional round of National Schools. Undefeated all day, amazing play by all the squad. National Finals here we come!#proud#nationalchampions#netballsouth
‪.@WorthingCollege students taking a rest after exams 📖 NO CHANCE 🚫‬ ‪Great lessons this week 🙌‬ ‪Sport 🥎 Skill Acquisition using games to explain types guidance 👏‬ ‪Sport Science 🧬 Sports Massage 💆‍♀️ practicals, Perfectionism in Psychology 🧠 & Sports Coaching Practicals 👍 #proud‬
‪So proud of all @WorthingCollege Men’s Football ⚽️ it’s 🤯 to think that the AoC XI (2s) have not only gone 1 round more than the ECFA XI (1s) but are also the ONLY 2nd XI left in last 16 of a National Cup 🏴󠁧󠁢󠁥󠁮󠁧󠁿 👏‬ ‪🐝 for the draw next Wednesday #proud #loveanunderdog #magicofthecup‬

How to find Worthing College